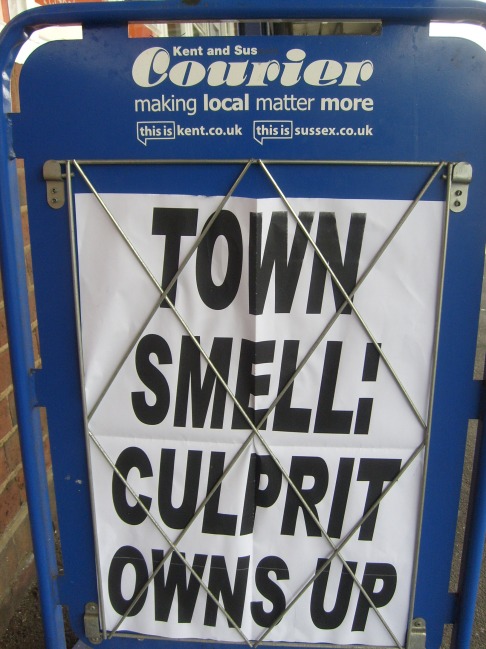 Following a brain popping sojourn at the Edinburgh Fringe I had to whoosh to Kent for the wedding of two of my favourite people on earth. A perfect day, finishing a perfectly inspiring couple of weeks. I’m on my way back to Norwich and saw this headline advertised in a railway station and it made me think of how wonderful a source of story ideas newspapers are.

I worked as a journalist for many years and believe that the paper press is the richest source of inspiration available to writers. For starters, take this headline, and without reading the story what do you think could lie behind it? Or, you could just take an existing story and change the setting/gender etc… to make it your own. Ideas will come to you as you work on it.

Alternatively, you could apply the ‘what if’ question to a story’s possible outcome. The‘what if’ question prompts you to consider alternative endings. A good example of this question is Stephen Fry’s Making History, in which he explores a world where Hitler was killed in WWI but an even more dastardly figure comes to prominence, and wins.