It’s How I Roll, baby 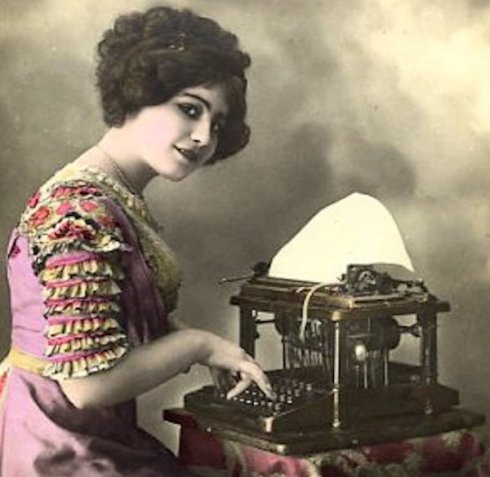 I’m at my professional best when I’m stressed, with a to-do list in hand and no time to take a break.

We all work in different ways. Some writers need planning and easy, soft pacing. My approach is broad stroke, manic, if slightly anarchic – but I get stuff done. Likewise, we all perform better at different times of the day. Many writers keep their notepad by their beds and make sure that the very first thing they do when they open their eyes each morning, is write, hoping the dream state will have left a creative legacy. The resultant notes are called “morning pages”. Morning pages might contain what a writer remembers of their dreams or perhaps the writer will simply jot down the very first words that come to mind that day. There are writers who say that this exercise helps them ‘slip’ more easily into what writers’ call the “rapture” when a writer feels ideas are pouring into their mind from elsewhere.

Just as the waking moments are a bridge from the sleeping state into sober reality – the hour before you go to bed is often a creative time with the brain slipping into that semi conscious state.  Hence there are plenty of writers who write late at night.

And to show that there are no rules, there are other writers who find their most productive hours are in the middle of the day when all of life’s busyness is in full swing (the Harry Potter author, J.K. Rowling is a good example. She wrote her first book in a busy Edinburgh café).

What is important is that you write and that you find your ideal writing time. Experiment. Find what works for you and then set an hour aside each day at that time and write. Likewise, writers have very personal tastes regarding an environment conducive to writing. There are those who like music or TV buzz in the background and those who can only write in silence. Manic or meditative, find whatever works for you.

From Ireland, Sue Healy is Literary Manager at the Finborough Theatre, London, a full-time Lecturer in Creative Writing at the University of Lincoln. Her book on theatre literary management is published by Routledge, December 2022. Sue is an award-winning writer for stage, TV, and prose writer. TV Her current project, a 6x60minute TV series, is under option. She is under commission with Lone Wolf Media, producers behind PBS’ “Mercy Street”, to co-write the pilot and treatment for a six-part TV series. Stage Her most recent stage-play, Imaginationship (2018), enjoyed a sold out, extended run at the Finborough and later showed at the Stephen Joseph Theatre in Scarborough. Her previous stage productions include Cow (Etcetera Theatre, 2017) and Brazen (King’s Head Theatre, 2016), funded by Arts Council England. Sue’s short plays have been performed at the Criterion (Criterion New Writing Showcase), Arcola (The Miniaturists) and Hackney Attic (Fizzy Sherbet Shorts). Radio Her radio work includes nine plays broadcast on BBC Radio 4 (Opening Lines winner), WLRfm and KCLR96fm. Prose Sue has won The Molly Keane Award, HISSAC Prize, Escalator Award, Meridian Prize and has been published in nine literary journals and anthologies including: The Moth, Flight, Tainted Innocence, New Writer, Duality, HISSAC, New European Writers. She has been writer-in-residence on Inis Oírr, Aran Islands, and at the Heinrich Boll Cottage on Achill Island. She has also benefitted from annual artist residencies at the Tyrone Guthrie Centre, and at Ginestrelle, Assisi in Italy. An academic with a PhD in modern theatre history, specifically the Royal Court Theatre, Sue has presented her research internationally. She spent eleven years in Budapest, editing Hungary A.M. She has a PhD in modern theatre history (Royal Court Theatre) and is a UEA Creative Writing MA alumnus. END_OF_DOCUMENT_TOKEN_TO_BE_REPLACED
This entry was posted on Sunday, February 12th, 2017 at 12:40 and tagged with plays, playwriting, sue healy, writing and posted in Uncategorized. You can follow any responses to this entry through the RSS 2.0 feed.
« Saying Goodbye!
How Long is a Piece of String? »