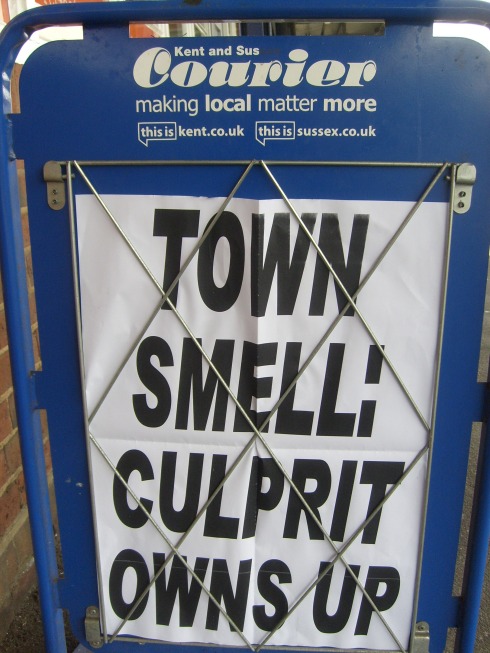 The start of the academic year is an important time of year in France, as I recall, where it’s marked on the calendar as “La Rentrée”. It’s celebrated as a new time, a new start, a time for resolutions, a blank page. Writers can use this time to get work flowing, to launch a new project. The challenge is to find inspiration – however, prompts are always at hand.

Leonardo di Vinci used to stare at the walls in his studio until the damp patches formed scenes and figures he wanted to paint. If you look closely at some of his works, you can even see how those dark stains suggested the rock formations he conjured. Of course, you don’t so much ‘get’ ideas as you eek them out from your own subconscious.

Hopefully, you don’t have to have damp patches around your writer’s garret. Yesterday’s newspaper will fulfil a similar role. I worked as a journalist for many years and love newspapers and appreciate them as a source of ideas and stories for the creative writer. For starters, you could just take an existing story and change the setting/gender etc… to make it your own. Ideas will come to you as you start to play with it.

Alternatively, you could apply the ‘what if’ question. The ‘what if’ question prompts you to consider alternative endings to news stories. A good example of this question is Stephen Fry’s Making History, in which he explores a world where Hitler was killed in WWI but an even more dastardly figure comes to prominence, and wins.

Reddit and gossip sites are wonderful wells to explore for story. Don’t neglect True Crime mags. One of the best tips I ever received as a writer is “don’t be a snob about where you get your story”.

From Ireland, Sue Healy is Literary Manager at the Finborough Theatre, London, a full-time Lecturer in Creative Writing and Publishing at the University of Lincoln, a Creative Writing tutor at City Lit and the Irish Editor at TheTheatreTimes.com. She is an award-winning writer and playwright. Her most recent play, Imaginationship (2018), enjoyed a sold out, extended run at the Finborough and later showed at the Stephen Joseph Theatre in Scarborough. Her previous stage productions include Cow (Etcetera Theatre, 2017) and Brazen (King’s Head Theatre, 2016), funded by Arts Council England. Her short plays have been performed at the Criterion (Criterion New Writing Showcase), Arcola (The Miniaturists) and Hackney Attic (Fizzy Sherbet Shorts). Her radio work includes nine plays broadcast on BBC Radio 4 (Opening Lines winner), WLRfm and KCLR96fm. Sue’s prose has won The Molly Keane Award, HISSAC Prize, Escalator Award, Meridian Prize and has been published in nine literary journals and anthologies including: The Moth, Flight, Tainted Innocence, New Writer, Duality, HISSAC, New European Writers. She has been writer-in-residence on Inis Oírr, Aran Islands, and at the Heinrich Boll Cottage on Achill Island. She has also benefitted from annual artist residencies at the Tyrone Guthrie Centre, and at Ginestrelle, Assisi in Italy. An academic with a PhD in modern theatre history, specifically the Royal Court Theatre, Sue has presented her research internationally. She spent eleven years in Budapest, editing Hungary A.M. She has a PhD in modern theatre history (Royal Court Theatre) and is a UEA Creative Writing MA alumnus. END_OF_DOCUMENT_TOKEN_TO_BE_REPLACED
This entry was posted on Thursday, September 26th, 2019 at 08:33 and tagged with ideas, inspiration, news, newspapers, writer, writing and posted in Uncategorized. You can follow any responses to this entry through the RSS 2.0 feed.
« Is This The End?
The Third Man »