The Show Me State 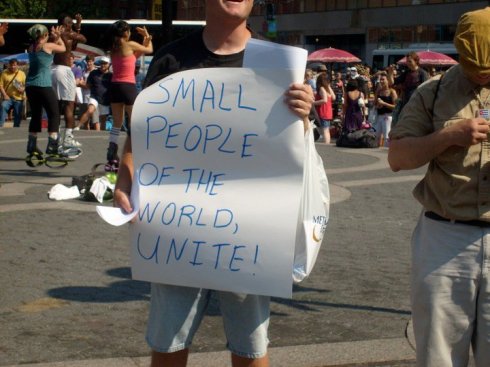 Showing: Her cigarette trembled in her hand: “Close the door.”

Telling: Peter was a fussy, neat sort of man.

Showing: Every Monday, Peter ironed and folded his towels into perfect squares and stacked them in the airing press, according to size and colour.

“Showing” your reader what your protagonist is thinking/doing, encourages your reader to engage more with your book/story/play, to interpret and  picture what is going on. Showing also allows for more atmosphere and lends insight into character. Conversely, “telling” tends to deliver all the information neatly wrapped and can deny the reader all the fun of involvement and imagining.

Therefore, rather than telling the reader, ‘Bob was depressed,’ you might describe what Bob was doing and saying and the reader will also get a greater sense of ‘Bob’ if you do so.

Having said that, if the writer “shows” every inch of their novel it may bore the reader and slow the pace. There are times, for the sake of speed and economy, the writer needs to “tell”, so they can quickly move on to the next stage of the story.

If I could suggest a rule of thumb, it would be “show” the most important parts/events of the story and “tell” the minor linking passages. It’s your judgement call as to when and where to show or tell, but do give it thought.

Finally, please bear in mind the general consensus is that you always avoid telling via adverbs in speech attribution: “he said arrogantly”, “she shouted defiantly”, “we mumbled apologetically”. Instead, try to think of ways you could show this arrogance, defiance or apology.

From Ireland, Sue Healy is Literary Manager at the Finborough Theatre, London, a full-time Lecturer in Creative Writing at the University of Lincoln. Her book on theatre literary management is published by Routledge, December 2022. Sue is an award-winning writer for stage, TV, and prose writer. TV Her current project, a 6x60minute TV series, is under option. She is under commission with Lone Wolf Media, producers behind PBS’ “Mercy Street”, to co-write the pilot and treatment for a six-part TV series. Stage Her most recent stage-play, Imaginationship (2018), enjoyed a sold out, extended run at the Finborough and later showed at the Stephen Joseph Theatre in Scarborough. Her previous stage productions include Cow (Etcetera Theatre, 2017) and Brazen (King’s Head Theatre, 2016), funded by Arts Council England. Sue’s short plays have been performed at the Criterion (Criterion New Writing Showcase), Arcola (The Miniaturists) and Hackney Attic (Fizzy Sherbet Shorts). Radio Her radio work includes nine plays broadcast on BBC Radio 4 (Opening Lines winner), WLRfm and KCLR96fm. Prose Sue has won The Molly Keane Award, HISSAC Prize, Escalator Award, Meridian Prize and has been published in nine literary journals and anthologies including: The Moth, Flight, Tainted Innocence, New Writer, Duality, HISSAC, New European Writers. She has been writer-in-residence on Inis Oírr, Aran Islands, and at the Heinrich Boll Cottage on Achill Island. She has also benefitted from annual artist residencies at the Tyrone Guthrie Centre, and at Ginestrelle, Assisi in Italy. An academic with a PhD in modern theatre history, specifically the Royal Court Theatre, Sue has presented her research internationally. She spent eleven years in Budapest, editing Hungary A.M. She has a PhD in modern theatre history (Royal Court Theatre) and is a UEA Creative Writing MA alumnus. END_OF_DOCUMENT_TOKEN_TO_BE_REPLACED
This entry was posted on Saturday, November 26th, 2011 at 14:19 and tagged with Character, character description, first person, Setting, structure, words, writers, writing, writing exercise and posted in Uncategorized, Writing. You can follow any responses to this entry through the RSS 2.0 feed.
« The Third Man
Short story in Duality 6 »

28 responses to “The Show Me State”