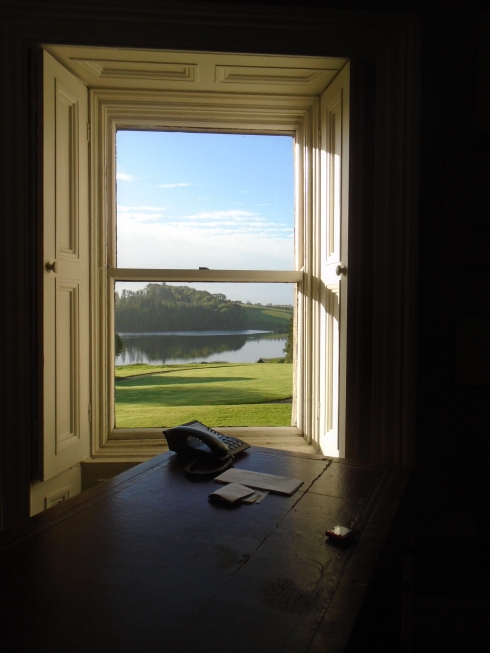 A window at the Tyrone Guthrie Centre for Artists, Co. Monaghan, Ireland.

For most, finding time to write is one of the hardest aspects of writing. Unless independently wealthy, one normally has to juggle a day job and family responsibilities with writing time – not an easy feat. Thankfully a solution is out there, focused writing time is possible with a writers’ residency at a dedicated artists’ colony. I’ve benefitted from a few over the years and cannot stress how fruitful and inspiring my time in each has been. The most sought after are ‘residencies‘ which often offer free board and accommodation and sometimes a stipend, for blocks of creative time that can range from a week to year. Sometimes, there may be a fee involved but at a ‘residency’ it would be heavily subsidised to ensure a stay is affordable for the artist. All such prestigious residencies entail an application and selection and approval process. The more generous the offer, the more competition there will be to gain a place obviously, and they tend to cater for published writers/produced playwrights with a track record only. These residencies are very well regarded by industry and acceptance is an asset to your C.V.

Then you have ‘retreats‘. These are usually privately owned affairs run as a business, often by people passionate about the arts. Or they may, like Arvon, involve creative writing courses that are highly respected, delivered by leading industry professionals.  Normally with these retreats, the writer/artist self-funds (though there are occasionally one or two grants available if you check the website).  As a rule, they cost the same as a stay in a regular hotel or B&B in the same area, but you have the added bonus of being in an environment dedicated to creativity and your fellow guests are also keen creatives. As you’re self funding, there is not normally a application process involved (at least not anything rigorous) – usually just a straightforward booking process, so retreats are the best solution for writers who have yet to publish or have their work produced. Retreats do not have the same prestige as the aforementioned residencies however, though some may straddle both definitions due to occasional grants or fellowships they may offer.

Studio in the Woods (New Orleans)

This is by no means an exhaustive list. If you know of more, please let me know. If possible specify if it’s a residency (free or subsidised) or a retreat (self funded). 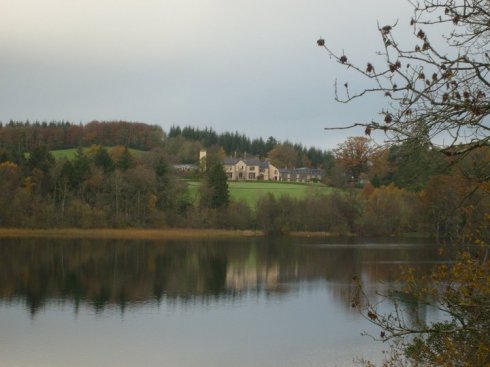 Well now, that was a month! You struggle and scrimp and study and scribble for ever and a day and you’re on the cusp of giving up… when, it happens.

May happened for me. Yes, this month I had my first stage production (without decor) in a leading London studio theatre (The King’s Head) which was funded by Arts Council England and played to full houses with very positive feedback. The same play is now a finalist for the 2016 Eamon Keane Full Length Play Award (winner announced next week). Then, yesterday, I was granted the Waterford Council Annaghmakerrig Award for a two week stay at the famed artists’ residency,  the Tyrone Guthrie Centre, Co. Monaghan. And just before the clock says goodbye to May, I receive an email to say my play ‘TreeHouse’ has shortlisted for the Little Pieces of Gold showcase at the Southwark Playhouse. Yes, if you wait around long enough, it happens…

So, keep on writing … there are months like these! 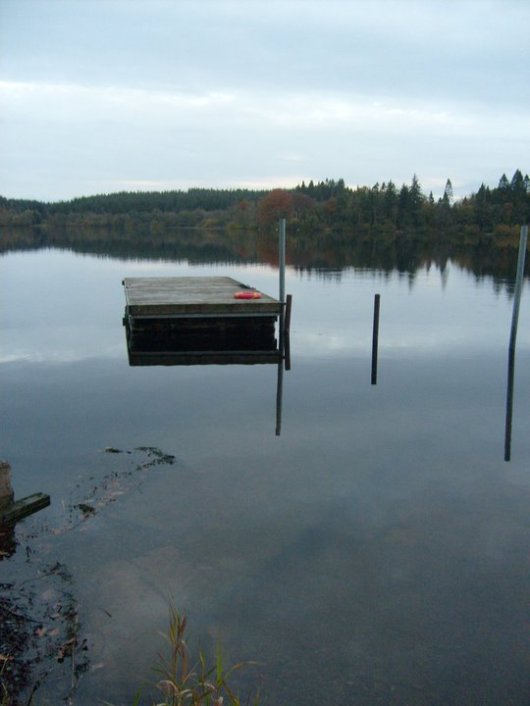 After the whirlwind of an Escalator Showcase reading in London – a launch platform to present us ten Escalatees to agents and publishers up in the big smoke –  I’ve retreated to the Tyrone Guthrie Centre at Annaghmakerrig, Co. Monaghan to breathe.  There’s a lot to take in, so much has happened over the past six months – not least that I’m now happy to say I’ve signed with Andrew Mann Literary Agency and am represented by the lovely Louise Burns.

I’ve been contacted by some good agents over the past few months and all were nice, interesting and helpful, but I felt that Louise and co. at Andrew Mann were the most excited about my work. This is the essential factor for me. And I really clicked with Louise.

So, I’m here lost amongst the undulating green hills of Co. Monaghan for two weeks, doing final revisions on the novel and trying to digest all that has transpired since last January.

It’s hard to believe that this year alone, I’ve served as artist-in-residence on Inis Oirr, been an Escalator Artist and had my debut radio drama ‘Cow’ broadcast (which I also produced). I’ve seen a staged reading of my play ‘Shellakybooky’ in a Festival of Contemporary Drama, in which I also acted. I wrote a radio drama series ‘The Daffodil’, for which I’ve also now received funding  – we hit the studio in Ireland next month. And, of course, I’ve written a novel, ‘The Hole in the Moon’, which will hopefully start doing the rounds of the publishers next month. Not forgetting that I concurrently wrote a screenplay of the same which has been now selected for the Script HotHouse scheme.  In December, my one act play ‘The Angel of Szepfalu’ will receive a rehearsed reading in Cornwall’s STERTS theatre as runner up in their annual playwriting prize and lastly my short story, ‘The Boot’ has been shortlisted for the HG Wells Prize and will be published in the anthology, to be launched in Folkestone in November. Yes, all of this has happened this year. But it took years and years of work to get a year like this.

It’s been a whirlwind, thankfully for the next two weeks, this is my view every morning. Ommmm…