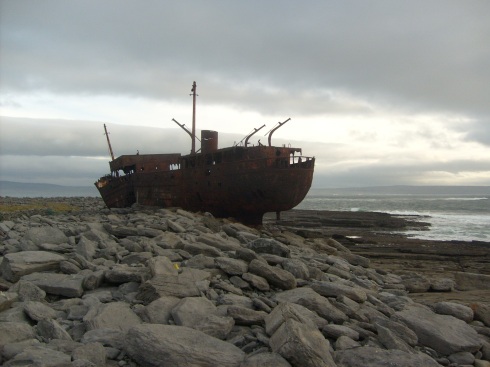 A little ship has come home to port, fittingly a Cornish one.

If you follow my blog, you’ll be aware that I liken my speculative writing send-outs to ships. I keep a ‘ship’s log’ of the short stories, plays and other texts that I’ve sent off and their fate. The idea of surrendering my ships to the waves, where I am no longer responsible for them, appeals to me. Once it’s gone, it will either sink or come home to port laden with the encouragement provided by a publication acceptance, an award or recognition in some form. And a ship home to port is cause for celebration, no matter how little the vessel.

Yesterday, I received news that a one act play I wrote, ‘The Angel of Szepfalu’, was runner up in the annual play-writing prize run by STERTS Theatre, Cornwall. As runner up, I receive a small cheque and a rehearsed reading of my play at the theatre. I’m travelling to Cornwall for the same. It might seem like quite a trip (from Norwich) just for a rehearsed reading but any recognition of a writer’s work needs to be embraced. I’m flattered that they like my play and want to support any organisation which does the same.

This will be the third rehearsed reading of my work. Previously, my rehearsed readings have taken place in Brighton and Norfolk. So, if nothing else, my plays are taking me on a tour of coastal England – rather fitting for ships.

From Ireland, Sue Healy is Literary Manager at the Finborough Theatre, London, a full-time Lecturer in Creative Writing and Publishing at the University of Lincoln, a Creative Writing tutor at City Lit and the Irish Editor at TheTheatreTimes.com. She is an award-winning writer and playwright. Her most recent play, Imaginationship (2018), enjoyed a sold out, extended run at the Finborough and later showed at the Stephen Joseph Theatre in Scarborough. Her previous stage productions include Cow (Etcetera Theatre, 2017) and Brazen (King’s Head Theatre, 2016), funded by Arts Council England. Her short plays have been performed at the Criterion (Criterion New Writing Showcase), Arcola (The Miniaturists) and Hackney Attic (Fizzy Sherbet Shorts). Her radio work includes nine plays broadcast on BBC Radio 4 (Opening Lines winner), WLRfm and KCLR96fm. Sue’s prose has won The Molly Keane Award, HISSAC Prize, Escalator Award, Meridian Prize and has been published in nine literary journals and anthologies including: The Moth, Flight, Tainted Innocence, New Writer, Duality, HISSAC, New European Writers. She has been writer-in-residence on Inis Oírr, Aran Islands, and at the Heinrich Boll Cottage on Achill Island. She has also benefitted from annual artist residencies at the Tyrone Guthrie Centre, and at Ginestrelle, Assisi in Italy. An academic with a PhD in modern theatre history, specifically the Royal Court Theatre, Sue has presented her research internationally. She spent eleven years in Budapest, editing Hungary A.M. She has a PhD in modern theatre history (Royal Court Theatre) and is a UEA Creative Writing MA alumnus. END_OF_DOCUMENT_TOKEN_TO_BE_REPLACED
This entry was posted on Thursday, October 10th, 2013 at 21:16 and tagged with cornwall, liskeard, one act play, play, playwright, rehearsed reading, sterts, the angel of szepfalu and posted in Uncategorized. You can follow any responses to this entry through the RSS 2.0 feed.
« 12 Little Screenwriters
Ommmm… »