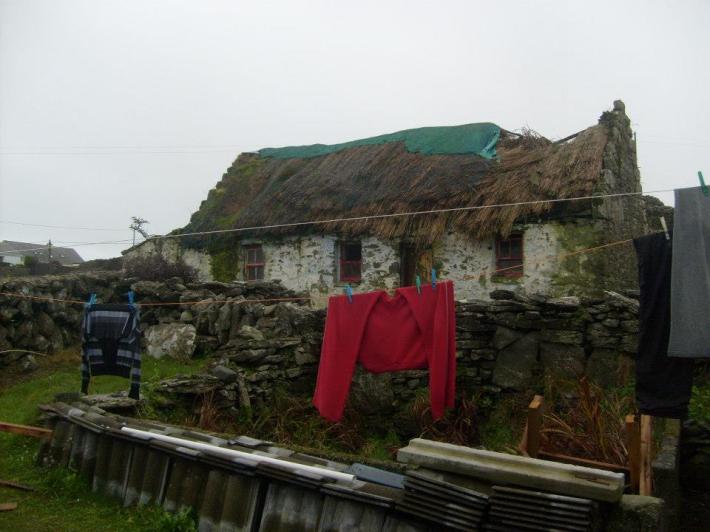 I’m back in Norwich following a stint on Inis Oirr as artist-in-residence, which has (I think) birthed a one man play. It was a significant month spent in a dramatic two mile long theatre edged with thrashing waves, and crossed with stone walls, fields created from seaweed and topped with goats – lots of wild goats. During my time there I learned to felt, started up a writing group with some local scribes – which is continuing on – and thought and walked a lot and came to some decisions about my future and where my writing is going.

I had a few bits of bad news while I was out on the island, some personal stuff that unsettled me, and also I learned that man a grew up with was tragically drowned whilst fishing off the Waterford coast. These incidents coloured my thought processes and made me dwell on some topics that I might otherwise have avoided. And I’m glad I let myself go there. I believe I’ve created good art.

I returned to pick up an award. It hasn’t been officially announced yet,, so more on that later. And my play ‘Cow’ is going into the studio next week so I’m pretty focused on that at the moment. One of my parting gifts from the kind people of Inis Oirr was a big 2013 wall chart (in Irish) which I’m now filling up. 2013 looks like it is going to be a year of change. A year of travel and a year of moving forward.  Right now, I’m ready for action and am lining all my plans up.  Life is too short, make the best of it, surround yourself with good people and do good things.

From Ireland, Sue Healy is Literary Manager at the Finborough Theatre, London, a full-time Lecturer in Creative Writing at the University of Lincoln. Her book on theatre literary management is published by Routledge, December 2022. Sue is an award-winning writer for stage, TV, and prose writer. TV Her current project, a 6x60minute TV series, is under option. She is under commission with Lone Wolf Media, producers behind PBS’ “Mercy Street”, to co-write the pilot and treatment for a six-part TV series. Stage Her most recent stage-play, Imaginationship (2018), enjoyed a sold out, extended run at the Finborough and later showed at the Stephen Joseph Theatre in Scarborough. Her previous stage productions include Cow (Etcetera Theatre, 2017) and Brazen (King’s Head Theatre, 2016), funded by Arts Council England. Sue’s short plays have been performed at the Criterion (Criterion New Writing Showcase), Arcola (The Miniaturists) and Hackney Attic (Fizzy Sherbet Shorts). Radio Her radio work includes nine plays broadcast on BBC Radio 4 (Opening Lines winner), WLRfm and KCLR96fm. Prose Sue has won The Molly Keane Award, HISSAC Prize, Escalator Award, Meridian Prize and has been published in nine literary journals and anthologies including: The Moth, Flight, Tainted Innocence, New Writer, Duality, HISSAC, New European Writers. She has been writer-in-residence on Inis Oírr, Aran Islands, and at the Heinrich Boll Cottage on Achill Island. She has also benefitted from annual artist residencies at the Tyrone Guthrie Centre, and at Ginestrelle, Assisi in Italy. An academic with a PhD in modern theatre history, specifically the Royal Court Theatre, Sue has presented her research internationally. She spent eleven years in Budapest, editing Hungary A.M. She has a PhD in modern theatre history (Royal Court Theatre) and is a UEA Creative Writing MA alumnus. END_OF_DOCUMENT_TOKEN_TO_BE_REPLACED
This entry was posted on Monday, January 28th, 2013 at 10:55 and tagged with 2013, goats, inis oirr, inisheere, plans, play, stone walls and posted in Uncategorized. You can follow any responses to this entry through the RSS 2.0 feed.
« Oh Happy Daze
It’s The Way You Tell ‘Em »