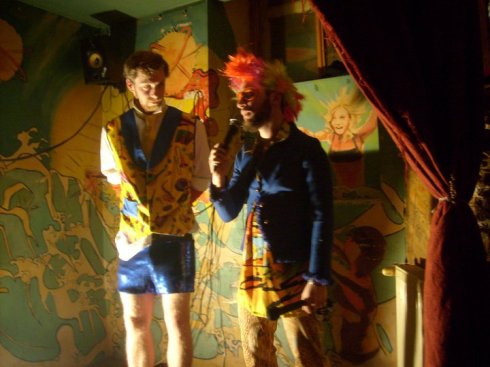 did you hear the one about....

Jokes! Jokes are a great source of plot ideas. An established writer gave me this tip years ago and it has served me well.

Jokes, you see, are plots in miniature. Stories sealed up and ready to go. You’ve got your beginning, middle, end, your conflict, your characters – flaws and all. All you’ve got to do is flesh it out. Expland on it. Change gender and setting if possible. And no, it doesn’t have to be funny because many jokes (indeed, stories) need an element of tragedy to make comedy (and vice vearsa) and you can just crank up the aspect you want to emphasize.

Here’s a joke that gave me an idea for a short story recently shortlisted for a competition:

“It was Ryan’s funeral and the pallbearers were carrying the casket out from the church. When they bumped into a pillar, one of them heard a moan from inside the coffin. They opened the lid and found Ryan alive. He lived for another ten years before he properly died. Another funeral was held for him and, as the pallbearers were carrying out the coffin, Mrs Ryan shouted “Now, watch out for that pillar!”

OK, it’s the way ya tell ‘em… But the point is that they don’t have to be the funniest jokes – just so long as there is a story in there, a universal truth with which your readers will react and engage. Wordplay/puns won’t work so well, go for the story…

The defendant knew he didn’t have a prayer of beating the murder rap, so he bribed one of the jurors to find him guilty of manslaughter. The jury was out for days before they finally returned a verdict of manslaughter. Afterward the defendant asked, ‘How come it took you so long?’ the juror said, ‘All the others wanted to acquit’.

From Ireland, Sue Healy is Literary Manager at the Finborough Theatre, London, a Lecturer in Creative Writing and Publishing at the University of Lincoln, a Creative Writing tutor at City Lit and the Irish Editor at TheTheatreTimes.com. She is an award-winning writer and playwright, her most recent play, Imaginationship (2018), enjoyed a sold out, extended run at the Finborough and later showed at the Stephen Joseph Theatre in Scarborough. Her previous stage productions include Cow (Etcetera Theatre, 2017) and Brazen (King’s Head Theatre, 2016), funded by Arts Council England. Her short plays have been performed at the Criterion (Criterion New Writing Showcase), Arcola (The Miniaturists) and Hackney Attic (Fizzy Sherbet Shorts). Her radio work includes nine plays broadcast on BBC Radio 4 (Opening Lines winner), WLRfm and KCLR96fm. Sue’s prose has won The Molly Keane Award, HISSAC Prize, Escalator Award, Meridian Prize and has been published in nine literary journals and anthologies including: The Moth, Flight, Tainted Innocence, New Writer, Duality, HISSAC, New European Writers. She has been writer-in-residence on Inis Oírr, Aran Islands, and at the Heinrich Boll Cottage on Achill Island. She has also benefitted from annual artist residencies at the Tyrone Guthrie Centre, and at Ginestrelle, Assisi in Italy. An academic with a PhD in modern theatre history, specifically the Royal Court Theatre, Sue has presented her research internationally. She spent eleven years in Budapest, editing Hungary A.M. She has a PhD in modern theatre history (Royal Court Theatre) and is a UEA Creative Writing MA alumna. END_OF_DOCUMENT_TOKEN_TO_BE_REPLACED
This entry was posted on Thursday, February 16th, 2012 at 22:26 and tagged with inspiration, jokes, novel, plot, short stories, story ideas, structure, writers and posted in Uncategorized, Writing. You can follow any responses to this entry through the RSS 2.0 feed.
« Have A Go…
It was the day the pumpkin appeared on the chair… »