What Kind of Beast is This? 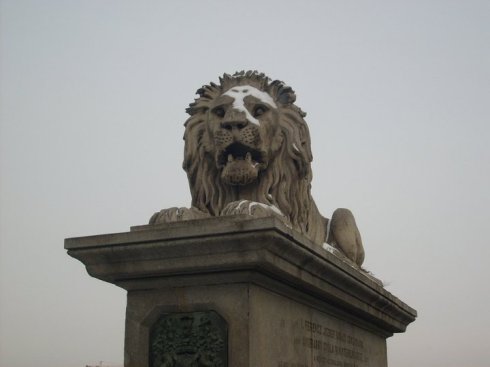 What sort of beast is this?

One of the questions most frequently asked in creative writing classes is “how long is a novel/play/short story/screenplay?” And, as is often the case in creative writing, the answer is that there are no rules but… there kind of are.

There is not an official cut off word count for any of the above literary forms but the publishing industry has generally accepted average lengths. Be alive to the fact that just because your word count has hit the “magic number”, it does not follow that you are finished. Apart from the fact you’ll be lobbing off at least a third in edits, you also need be sure that you have brought all the strands of your story to satisfactory conclusion, have made your point and your character has undergone some sort of change / journey / learning arc in the process. Otherwise, to paraphrase Truman Capote, your’re just typing.

What follows is a rough guide/ballpark figure for each literary form:

Traditionally, a short story is meant to be read in one sitting. Normally, this narrative form is quite pointed in its message, involves a single setting and few characters. A short story can be anything from 1,000-20,000 words.Writing short stories is a good way of building up your story telling skills, honing your craft as a writer and amassing a writing portfolio. Also, the short story is the literary form favoured by writing competitions. Such competitions usually look for stories in the 2,000-5,000 word bracket.

This is the short story’s kid brother. Somewhat akin to the Haiku, a flash fiction story often aims to capture a fleeting moment. It can be any thing between 100-1,000 words. Flash fiction is becoming very popular in competitions these days. Personally, I think this may be to save reading time for judges.

The standard “Hollywood” screenplay is 90 minutes long. Given the rule of thumb that one page equals one minute of movie, you should be aiming for a90-page long screen play. Obviously, this is an approximation.

Likewise, the page per minute rule applies here too. Bear in mind the slot your are aiming for. commercial TV and radio stations will include advert breaks in their schedule – so a half hour comedy show might in fact be only 22 minutes long etc… If you have a slot in mind, time the duration of the actual show (excluding theme music and commercial breaks.)

The page per minute rule can roughly be applied to stage plays too. If a stage play were to last an hour and a half, it should be 20,000 words long and span 90 pages.

A poem can be as short or as long as you like. A  haiku is traditionally 17 syllables over three line. The Iliad is 25,000 lines long. For the try outs, however, you might aim for two or three verses.

From Ireland, Sue Healy is Literary Manager at the Finborough Theatre, London, a full-time Lecturer in Creative Writing and Publishing at the University of Lincoln, a Creative Writing tutor at City Lit and the Irish Editor at TheTheatreTimes.com. She is an award-winning writer and playwright. Her most recent play, Imaginationship (2018), enjoyed a sold out, extended run at the Finborough and later showed at the Stephen Joseph Theatre in Scarborough. Her previous stage productions include Cow (Etcetera Theatre, 2017) and Brazen (King’s Head Theatre, 2016), funded by Arts Council England. Her short plays have been performed at the Criterion (Criterion New Writing Showcase), Arcola (The Miniaturists) and Hackney Attic (Fizzy Sherbet Shorts). Her radio work includes nine plays broadcast on BBC Radio 4 (Opening Lines winner), WLRfm and KCLR96fm. Sue’s prose has won The Molly Keane Award, HISSAC Prize, Escalator Award, Meridian Prize and has been published in nine literary journals and anthologies including: The Moth, Flight, Tainted Innocence, New Writer, Duality, HISSAC, New European Writers. She has been writer-in-residence on Inis Oírr, Aran Islands, and at the Heinrich Boll Cottage on Achill Island. She has also benefitted from annual artist residencies at the Tyrone Guthrie Centre, and at Ginestrelle, Assisi in Italy. An academic with a PhD in modern theatre history, specifically the Royal Court Theatre, Sue has presented her research internationally. She spent eleven years in Budapest, editing Hungary A.M. She has a PhD in modern theatre history (Royal Court Theatre) and is a UEA Creative Writing MA alumnus. END_OF_DOCUMENT_TOKEN_TO_BE_REPLACED
This entry was posted on Monday, December 26th, 2011 at 13:31 and tagged with novel, novella, play, poem, publisher, screenplay, short story, song and posted in Uncategorized, Writing. You can follow any responses to this entry through the RSS 2.0 feed.
« grama rulz OK, innit!
The Lenin of the Sexual Revolution »

9 responses to “What Kind of Beast is This?”