A Dream on Tour 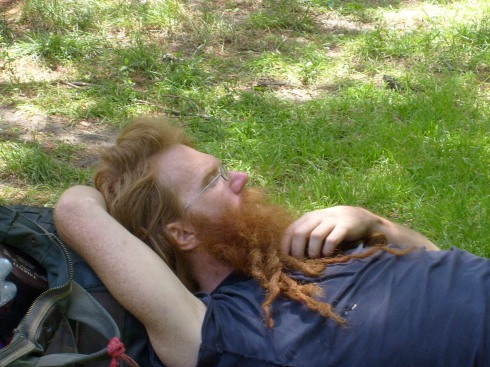 A quick post to thank all of you who have signed up for the ‘write an novel in 6 months’ challenge. I’m looking forward to getting up at the crack of dawn (well, sort of) on Saturday to get my first 500 words down. We can do it (ooo, feel a slogan coming on…)

Saturday will be a day for firsts for me. I’m launching my creative writing workshop in Waterford, Ireland at Grayfriar’s Art Centre in the city on October 1st. The course, which I’ve authored myself, provides novice writers with the basic tools of the creative writing craft. It’s designed to entail two face-to-face workshops taking place on the first and last Saturday of a given month.

The first Saturday will focus on: finding inspiration, use of language, developing character, theme and structure. The ensuing four weeks will see the students work on a project of their choice with online support from me. The final face-to-face workshop, on the last Saturday in the month, will focus on editing, submitting and will finish with a peer workshop  – after which I’ll give a professional critique and advice on how to bring the piece forward.

I’m planning to run a further workshops in Waterford at the end of the year and in Galway in the new year. If all goes well, and I’m confident it will (well, nerves aside) I am hoping to ‘tour’ the workshop outside Ireland, taking it to Budapest, Nice and London in 2012.

It’s an ambitious plan but I can do it (there’s that slogan again). And we’ve got to dream – as writers, it’s part of the job description.

Therefore, I hope my fellow six-monthers will understand if I don’t post about the the first 500 words until Monday – as I have to fly to Ireland for the workshop.

Please wish me (and my touring course) good luck

From Ireland, Sue Healy is Literary Manager at the Finborough Theatre, London, a full-time Lecturer in Creative Writing at the University of Lincoln. Her book on theatre literary management is published by Routledge, December 2022. Sue is an award-winning writer for stage, TV, and prose writer. TV Her current project, a 6x60minute TV series, is under option. She is under commission with Lone Wolf Media, producers behind PBS’ “Mercy Street”, to co-write the pilot and treatment for a six-part TV series. Stage Her most recent stage-play, Imaginationship (2018), enjoyed a sold out, extended run at the Finborough and later showed at the Stephen Joseph Theatre in Scarborough. Her previous stage productions include Cow (Etcetera Theatre, 2017) and Brazen (King’s Head Theatre, 2016), funded by Arts Council England. Sue’s short plays have been performed at the Criterion (Criterion New Writing Showcase), Arcola (The Miniaturists) and Hackney Attic (Fizzy Sherbet Shorts). Radio Her radio work includes nine plays broadcast on BBC Radio 4 (Opening Lines winner), WLRfm and KCLR96fm. Prose Sue has won The Molly Keane Award, HISSAC Prize, Escalator Award, Meridian Prize and has been published in nine literary journals and anthologies including: The Moth, Flight, Tainted Innocence, New Writer, Duality, HISSAC, New European Writers. She has been writer-in-residence on Inis Oírr, Aran Islands, and at the Heinrich Boll Cottage on Achill Island. She has also benefitted from annual artist residencies at the Tyrone Guthrie Centre, and at Ginestrelle, Assisi in Italy. An academic with a PhD in modern theatre history, specifically the Royal Court Theatre, Sue has presented her research internationally. She spent eleven years in Budapest, editing Hungary A.M. She has a PhD in modern theatre history (Royal Court Theatre) and is a UEA Creative Writing MA alumnus. END_OF_DOCUMENT_TOKEN_TO_BE_REPLACED
This entry was posted on Wednesday, September 28th, 2011 at 22:14 and tagged with Budapest, critique, novel, short story, Waterford, writing, writing classes, writing course, writing exercise, writing workshop and posted in Uncategorized, Writing. You can follow any responses to this entry through the RSS 2.0 feed.
« Jobs for Creative Writers
1,000 Word Kick Off »