Another Ship Tanks And The Reasons I Do This 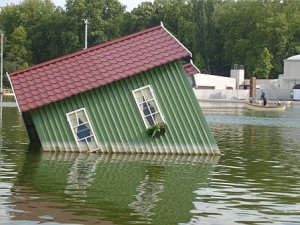 Another ship went belly up today. I wrote to UEA to prompt them to give me an answer re funding and they replied….. One of those “the competition was strong this year” bla blas. So, without funding, I’m not doing a PhD. Newcastle is the only university yet to reply. If they turn me down for funding too, I’m going to give up on the whole PhD thang – I’m just not going to get there without a first and I can’t afford to self-fund *(they’ve all offered me self funded places).

Also, today, I received an email from a fellow UEA MA graduate. She was congratulating me on my recent win and commendations. She also asked me what I thought these competitions gave me re my writing/career. That got me thinking and here’s the answer:

a) It encourages and motivates.
b) I get published in literary magazines.
c) Money, if I win.
d) It keeps me on my toes and hones and polishes my writing skills.
e) It helps me build up a portfolio just in case I’m ever offered a collection.
f) It gives me an edge when applying for bursaries, residencies, funding etc..
g) It might bring  the attention of agents.
h) Short stories are something I can work on when time is limited.
i) One of the agents who visited UEA on our MA said its important to build up your writing ‘credits.
j) Agents are human and sometimes don’t trust their own judgement, so wins and commendations give you that ‘seal of approval’/credibility.
k) It reminds me I”m a writer.

L)It’s a better displacement activity than making a cup of tea.

M) It helps in the applying for writing jobs game.

And in light of a ship tanking, I launched another one, sending off a radio play of mine to the Sussex Playwrights’ competition.

From Ireland, Sue Healy is Literary Manager at the Finborough Theatre, London, a full-time Lecturer in Creative Writing at the University of Lincoln. Her book on theatre literary management is published by Routledge, December 2022. Sue is an award-winning writer for stage, TV, and prose writer. TV Her current project, a 6x60minute TV series, is under option. She is under commission with Lone Wolf Media, producers behind PBS’ “Mercy Street”, to co-write the pilot and treatment for a six-part TV series. Stage Her most recent stage-play, Imaginationship (2018), enjoyed a sold out, extended run at the Finborough and later showed at the Stephen Joseph Theatre in Scarborough. Her previous stage productions include Cow (Etcetera Theatre, 2017) and Brazen (King’s Head Theatre, 2016), funded by Arts Council England. Sue’s short plays have been performed at the Criterion (Criterion New Writing Showcase), Arcola (The Miniaturists) and Hackney Attic (Fizzy Sherbet Shorts). Radio Her radio work includes nine plays broadcast on BBC Radio 4 (Opening Lines winner), WLRfm and KCLR96fm. Prose Sue has won The Molly Keane Award, HISSAC Prize, Escalator Award, Meridian Prize and has been published in nine literary journals and anthologies including: The Moth, Flight, Tainted Innocence, New Writer, Duality, HISSAC, New European Writers. She has been writer-in-residence on Inis Oírr, Aran Islands, and at the Heinrich Boll Cottage on Achill Island. She has also benefitted from annual artist residencies at the Tyrone Guthrie Centre, and at Ginestrelle, Assisi in Italy. An academic with a PhD in modern theatre history, specifically the Royal Court Theatre, Sue has presented her research internationally. She spent eleven years in Budapest, editing Hungary A.M. She has a PhD in modern theatre history (Royal Court Theatre) and is a UEA Creative Writing MA alumnus. END_OF_DOCUMENT_TOKEN_TO_BE_REPLACED
This entry was posted on Monday, July 18th, 2011 at 20:12 and posted in Uncategorized. You can follow any responses to this entry through the RSS 2.0 feed.
« Three
And One Comes Rolling Into View – Newcastle offer me a PhD place… »