Jan. 6th – The Queen of Holidays 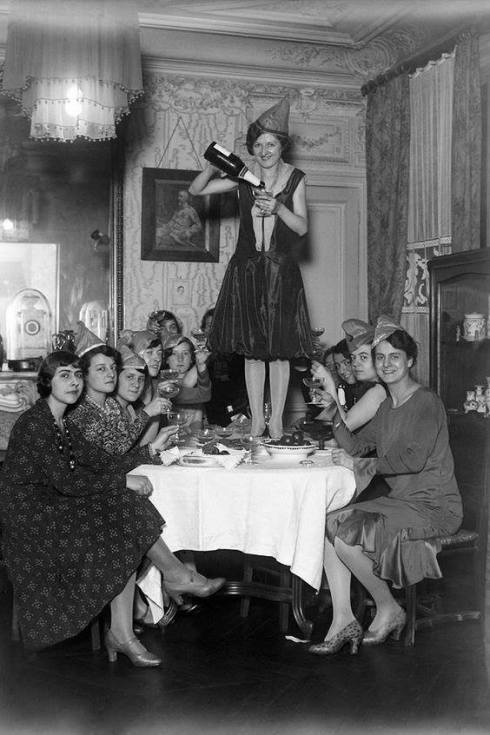 In Ireland, the queen of holidays falls on the feast of kings.  January 6th is the Feast of the Epiphany – and the day when Irish women finally own Christmas.

January 6th, the twelfth day of Christmas and the final day of the festive period, is know in Ireland as “Nollaig na mBan” (literally “Women’s Christmas”). Traditionally, this was when women would gather to feast and drink – and the men take over the housework, childcare, and serve the women food and beverages for the duration of the celebration (an extraordinary reversal back in the day…).

These days, Nollaig na mBan is simply a great excuse to gather and celebrate sisterhood and all the female friendships and relationships in your life. I love this holiday and think we should export it like we did St. Patrick’s Day and Hallowe’en. Frankly sisters, it’s too good to keep to ourselves.

For the unIrish, more info here: 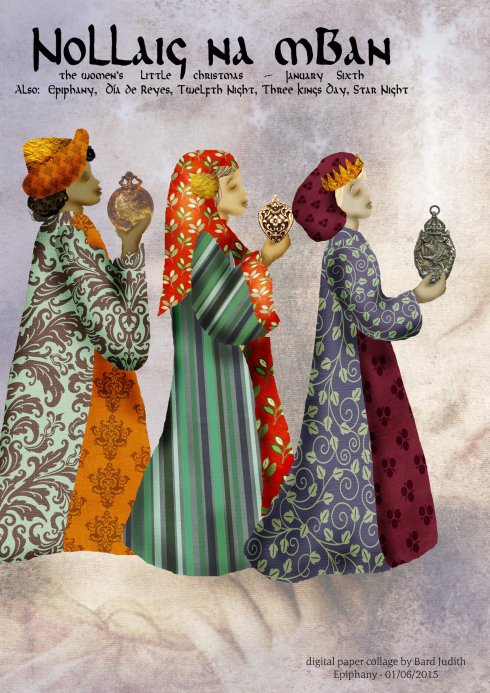 From Ireland, Sue Healy is Literary Manager at the Finborough Theatre, London, a full-time Lecturer in Creative Writing at the University of Lincoln, a Creative Writing tutor at City Lit and the Irish Editor at TheTheatreTimes.com. Sue is an award-winning writer for stage, TV, and prose writer. TV Her current project, a 6x60minute TV series, is under option. She is under commission with Lone Wolf Media, producers behind PBS’ “Mercy Street”, to co-write the pilot and treatment for a six-part TV series. Stage Her most recent stage-play, Imaginationship (2018), enjoyed a sold out, extended run at the Finborough and later showed at the Stephen Joseph Theatre in Scarborough. Her previous stage productions include Cow (Etcetera Theatre, 2017) and Brazen (King’s Head Theatre, 2016), funded by Arts Council England. Sue’s short plays have been performed at the Criterion (Criterion New Writing Showcase), Arcola (The Miniaturists) and Hackney Attic (Fizzy Sherbet Shorts). Radio Her radio work includes nine plays broadcast on BBC Radio 4 (Opening Lines winner), WLRfm and KCLR96fm. Prose Sue has won The Molly Keane Award, HISSAC Prize, Escalator Award, Meridian Prize and has been published in nine literary journals and anthologies including: The Moth, Flight, Tainted Innocence, New Writer, Duality, HISSAC, New European Writers. She has been writer-in-residence on Inis Oírr, Aran Islands, and at the Heinrich Boll Cottage on Achill Island. She has also benefitted from annual artist residencies at the Tyrone Guthrie Centre, and at Ginestrelle, Assisi in Italy. An academic with a PhD in modern theatre history, specifically the Royal Court Theatre, Sue has presented her research internationally. She spent eleven years in Budapest, editing Hungary A.M. She has a PhD in modern theatre history (Royal Court Theatre) and is a UEA Creative Writing MA alumnus. END_OF_DOCUMENT_TOKEN_TO_BE_REPLACED
This entry was posted on Saturday, January 4th, 2020 at 02:36 and tagged with epiphany, irish holidays, irish traditions, nollaig na mBan, sisterhood and posted in Uncategorized. You can follow any responses to this entry through the RSS 2.0 feed.
« Turkeys Voting for Christmas
New Shoots »

One response to “Jan. 6th – The Queen of Holidays”