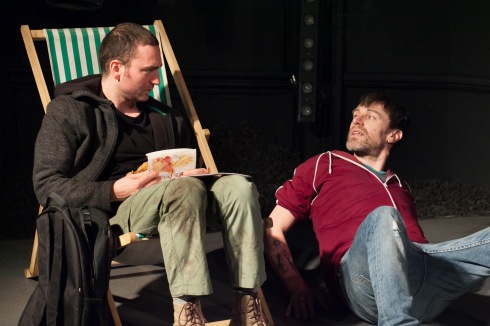 If you want to hook your readers, you’ll need a character that leaps off the page. A good character is believable and interesting. Firstly, be careful your character is not of music-hall-cliche stock (dumb blonde, greedy banker, uber-organized German, upper class twit etc…) – the problem here is that the reader will have met your character far too many times before to find them interesting now. As usual, turning the cliche on its head can be a good place to start getting ideas (chess-master page three girl, a banker who secretly gives away money etc…)

Also, don’t focus on describing what they look like from head to toe. In fact, their general physical appearance is not so revealing – the key is often in the interesting quirks and blemishes. Moreover, you ought to climb inside your character’s skin, get to know them intimately and let the reader see how they tick. It  is  good if there is something unusual about them. Here’s a sample list of questions you could mull in order to give your character depth:

Rather than describe the colour of their hair and eyes, write instead about their height.

What about their gait, posture and walk? Does he flutter, jerk, flap or glide?

If you first met this character, what would strike you most?

Does s/he resemble an animal?

What is their natural scent?

What sort of diet do they have and what has been the physical impact of this regime?

What does their best friend think of them?

What happens when your character gets drunk?

What does your character have in his/her pockets/handbag/beside table?

What is your character’s favourite joke?

Also, to make your character particularly memorable, give him/her/it a singular physical attribute your reader will long associate with them. Think of it this way, if you were going to a costume party dressed as Harry Potter, Sherlock Holmes, Miss Havisham or Liesbeth Salander – what would you need? My guesses are, respectively: a lightening bolt scar, a deerhunter hat and pipe, an old wedding dress, and a dragon tattoo. Try to imagine what you’d need to be recognizable as your character.

From Ireland, Sue Healy is Literary Manager at the Finborough Theatre, London, a full-time Lecturer in Creative Writing and Publishing at the University of Lincoln, a Creative Writing tutor at City Lit and the Irish Editor at TheTheatreTimes.com. She is an award-winning writer and playwright. Her most recent play, Imaginationship (2018), enjoyed a sold out, extended run at the Finborough and later showed at the Stephen Joseph Theatre in Scarborough. Her previous stage productions include Cow (Etcetera Theatre, 2017) and Brazen (King’s Head Theatre, 2016), funded by Arts Council England. Her short plays have been performed at the Criterion (Criterion New Writing Showcase), Arcola (The Miniaturists) and Hackney Attic (Fizzy Sherbet Shorts). Her radio work includes nine plays broadcast on BBC Radio 4 (Opening Lines winner), WLRfm and KCLR96fm. Sue’s prose has won The Molly Keane Award, HISSAC Prize, Escalator Award, Meridian Prize and has been published in nine literary journals and anthologies including: The Moth, Flight, Tainted Innocence, New Writer, Duality, HISSAC, New European Writers. She has been writer-in-residence on Inis Oírr, Aran Islands, and at the Heinrich Boll Cottage on Achill Island. She has also benefitted from annual artist residencies at the Tyrone Guthrie Centre, and at Ginestrelle, Assisi in Italy. An academic with a PhD in modern theatre history, specifically the Royal Court Theatre, Sue has presented her research internationally. She spent eleven years in Budapest, editing Hungary A.M. She has a PhD in modern theatre history (Royal Court Theatre) and is a UEA Creative Writing MA alumnus. END_OF_DOCUMENT_TOKEN_TO_BE_REPLACED
This entry was posted on Tuesday, January 30th, 2018 at 13:16 and tagged with Character, imaginationship, sue healy and posted in Uncategorized. You can follow any responses to this entry through the RSS 2.0 feed.
« Imaginationship: EXTRA SHOW added!
My Grandma Always Says… »